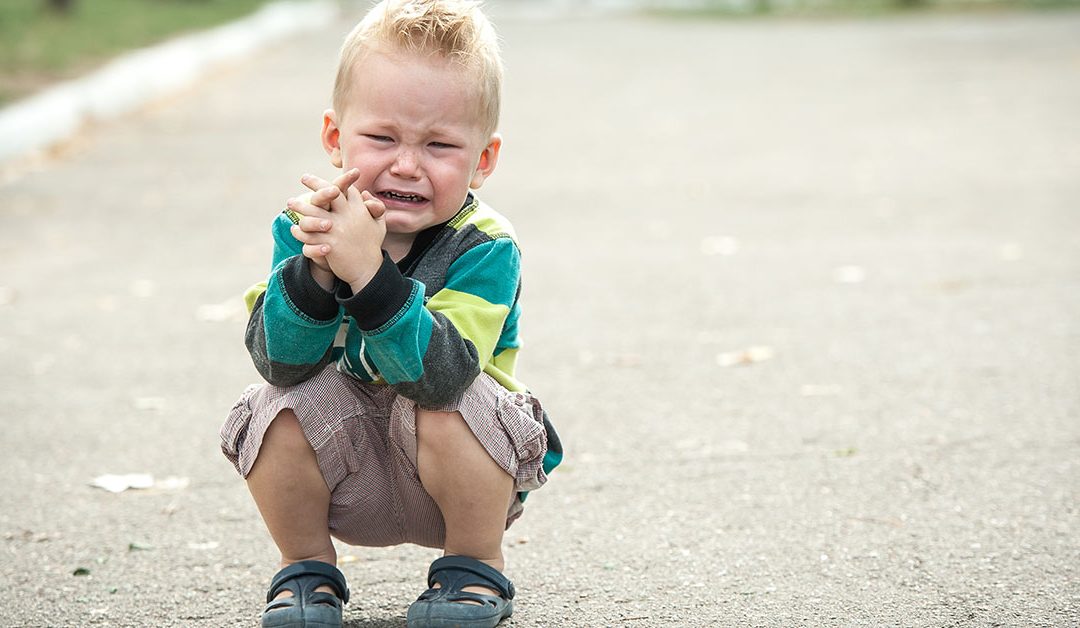 When a child—especially around the ages of 1 to 3 years old—pitches a fit or has some sort of meltdown, we call it a temper tantrum. When we talk about temper tantrums, we’re referring to a variety of behaviors at different levels of severity, but they generally involve whining, screaming, crying, hitting, kicking or throwing things, flailing around on the floor, or similar unpleasant behaviors.

One thing about temper tantrums that’s important to realize is that they’re a perfectly normal part of development in toddlers. While they may be a sign of a larger issue or conditions, such as oppositional defiant disorder (ODD), every young child has at least the occasional temper tantrum, and they are not in and of themselves a cause for concern.

Of course, that doesn’t make them any more fun to experience or deal with. They’re an inevitable part of parenting a toddler, but having a good understanding of their causes and the best ways to address them helps you limit their frequency, severity, and duration. So, here are answers to some important frequently asked questions about temper tantrums in young kids.

At the most fundamental level, all temper tantrums are caused by the child not getting something they want. It may be food when they’re hungry, the ability to nap when they’re overtired, a toy they want to play with, comfort when they’re afraid, and so on. Hunger, impatience, fatigue, discomfort, fear, anger, and many other physiological sensations and emotions can trigger a temper tantrum.

The meltdown is a reaction to having no control over the situation and these feelings. A toddler is generally helpless to get themselves whatever it is they want in the moment if it isn’t provided to them, and they don’t have the language skills to effectively advocate for themselves. So, instead, they have a fit.

It’s important to remember, though, that temper tantrums aren’t an attack on you, or even deliberate misbehavior most of the time. Toddlers simply don’t yet have the full ability to control their behavior.

How Can You Prevent Tantrums?

Every toddler has temper tantrums, though some have them much more often than others. A child usually gradually stops having them as they develop the language skills to adequately communicate their wants and needs. While you can’t prevent every one, there are ways to reduce the likelihood of tantrums in children. Some of the best preventive steps include:

How Should You Deal with Temper Tantrums?

Sometimes, some adults have their own meltdowns in response to their child’s. This isn’t a constructive way to deal with a tantrum. Parents should always model the behaviors they want to see in their children.

But a severe tantrum can definitely be frustrating. Here are some tips for dealing with them effectively—meaning in a way that is most likely to end them as quickly as possible and reduce the risk of a relapse in the near future.

When Should You Seek Help for Your Child’s Tantrums?

Children typically outgrow temper tantrums around the age of 4, once they develop the language skills to better communicate their wants and needs. If your child isn’t developing these language skills on schedule, consult your pediatrician. If your child doesn’t start to outgrow tantrums as would be expected, this too is cause to consult a child development professional. When children are causing harm to themselves or others, or repeatedly being destructive, talk to your pediatrician or child’s mental health professional.

Here are some other signs your child may need to see a mental health professional. Also, seek help if your child exhibits other signs and symptoms of oppositional defiant disorder (ODD).