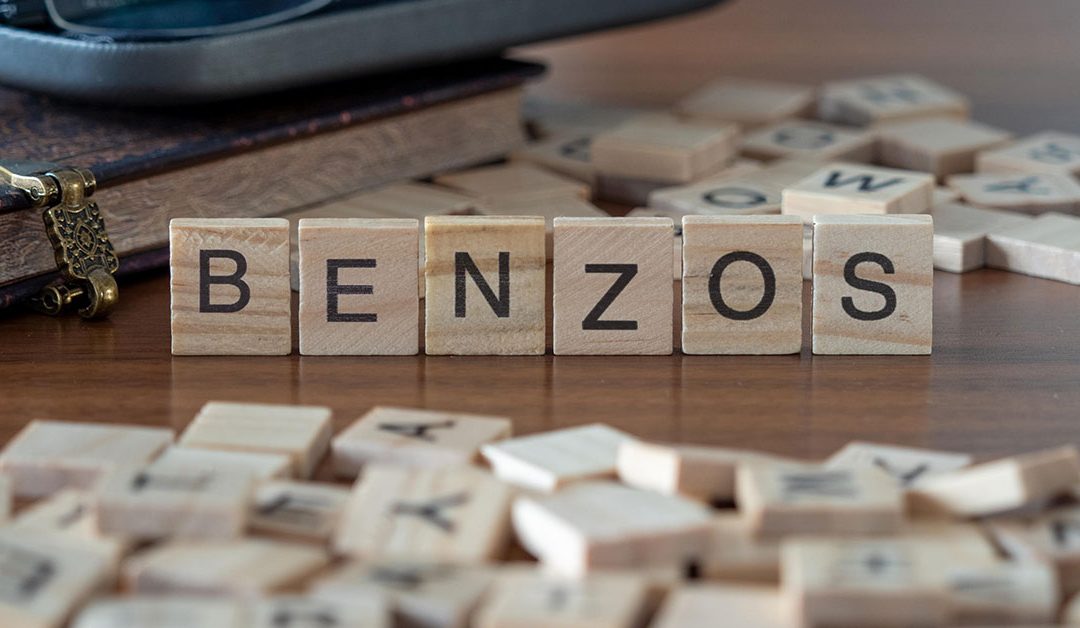 Benzodiazepines, often referred to as “benzos” for short, are a prescription medication used as a sedative or tranquilizer. They first came into use in the 1960s, when the most well-known benzo—diazepam (brand name Valium)—was introduced to the market, along with some others like chlordiazepoxide (brand name Librium). They had considerably improved efficacy and safety over previous drugs used to treat anxiety and insomnia, the two primary conditions treated by benzodiazepines. Today, more than a dozen different benzos are available, though there have been an increasing number of alternative developed since the 1980s.

Your psychiatrist can advise you about benzodiazepines and whether they’re worth trying as a treatment for your symptoms. There are some significant concerns with their use, including but not limited to addiction and development of a tolerance. For this reason, benzos are generally prescribed for short-term use on an as-needed basis, not a regular basis; for long-term management of anxiety and panic disorders, selective serotonin reuptake inhibitors (SSRIs) are commonly prescribed instead.

Below is some basic information about benzodiazepines to provide you with an overview of this medication.

What Are Benzodiazepines Used to Treat?

Benzos are mainly prescribed to treat anxiety and panic disorders, as well as insomnia. They may be prescribed to manage these and other symptoms, such as unprovoked anger, in patients with bipolar disorder. In addition, benzodiaepines are also sometimes used to treat alcohol and drug withdrawal symptoms, severe muscle spasms, tremors, and seizures. They can also help with intense fear, such as may occur in some people before an operation or a flight.

How Do Benzodiazepines Help?

Benzos attach to neurotransmitters in the brain called gamma-aminobutyric acid (GABA) receptors, making nerves in the brain less sensitive to stimuli. This has a calming effect on the central nervous system. In this way, benzodiazepines can help a person get to sleep and provide symptom relief by, for example, calming a manic episode, putting a stop to racing thoughts, or soothing agitation.

What Types of Benzos Are Available?

As noted above, there are many types and brands of benzodiazepines on the market today. These include:

What Side Effects can Benzodiazepines Cause?

Benzos are considered relatively safe for short-term use as needed, especially as compared to many other tranquilizers and sedatives. Drowsiness and grogginess are the most common side effects. Higher doses may cause problems with coordination and/or balance. Certain benzos have been seen to impair memory and the ability to learn and retain new information. Older patients aged 65 and up tend to be more susceptible to these side effects.

What Are Other Concerns When Taking Benzos?